Finding you the best

Need Help moving in and around Central London and Greater London?

London is the capital city of England and the United Kingdom, and the largest city, urban zone and metropolitan area in the United Kingdom, and the European Union by most measures. Located on the River Thames , The bulk of this conurbation forms the London region and the Greater London  administrative area, governed by the elected Mayor of London and the London Assembly. The Thames Barrier  was completed in the 1980s to protect London against tidal surges from the North Sea. The Greater London Council was abolished in 1986, which left London as the only large metropolis in the world without a central administration. In 2000, London-wide government was restored, with the creation of the Greater London Authority . To celebrate the start of the 21st century, the Millennium Dome  Now called and owned by the O2 , London Eye  and Millennium Bridge were constructed. On 6 July 2005 London was awarded the 2012 Summer Olympics , making London the first city to stage the Olympic Games london-2012-summer-olympics three times. Within London, both the City of London  and the City of Westminster  have city status and both the City of London and the remainder of Greater London are the ceremonial counties. The area of Greater London has incorporated areas that were once part of the historic counties of Middlesex , Kent , Surrey , Essex  and Hertfordshire .

Our purpose built vehicles and highly trained crews are on hand to ensure your removals in London goes as stress free and smoothly as possible. 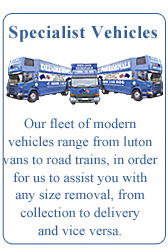 Removals Finder Ltd Based in South East London is a Genuine family run business with over 25 years experience in House & Office Removal services in the Greater London local areas.

We have an excellent local knowledge of the areas roads, estates and private residences in Greater London 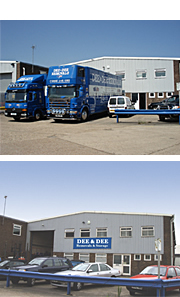 Full Packing Services which consist of packing all items, into our own cartons and loading them onto our vehicles

Fragile Packing Services which consists of packing all fragile items such as glass, pictures, mirrors etc.

Full Exhibition Service including, transportation and on-site operatives for the safe relocation of all Exhibition & Theatre effects to and from any destination.

Containerised Storage in a modern heated warehouse which is under 24hr CCTV surveillance. We can store your goods from as little as 1 day, to however long required.

If you are moving from or to any area in Woolwich or London, Removals Finder can help you with all aspects of your removal to your new Home or Office.

Click here for our printable moving Check list, also have a look at our list of tips on do’s and dont’s to help your removal day run more smoothly.

or wish to book our estimator to view your property please call 020 8016 3443  or simply fill out our on-line quotation form and we will promptly reply with a quotation for your removal.

Get A Moving Quote

Our moving experts help find you the best suited movers for the best price. With over 30 years in the relocation industry.